The London born Ghana raised award winning rapper, singer and songwriter does justice to the beat offered by Kill Beatz in stating his intention for a lady of his desire ascribing Zimbabwe’s waterfalls, Ghana’s gold and Nigerian swiftness to this charming damsel.

For one who has won MOBO and Urban awards something must be attractive about Nana Richard Abiona better known as Fuse ODG for cats such as Wyclef Jean, Elephant Man, Sarkodie and Wande Coal to feature on some of his hit songs and there seems to be more in stock for music fans. 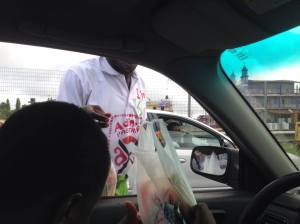 It’s certainly not unique to our West African brothers and rivals but ensuring that staff wear uniforms has been a common feature in Nigeria more so than in Ghana. It is common sight to behold various agents of companies in uniform going about their duties, even house helps or maids are not spared in Nigeria.

It was therefore baffling for folks in Kumasi then Accra when a certain bunch of folks old and young, men and women emerged in leafy green and white attires offering branded pie for sale. 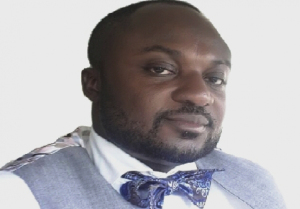 Curious as Ghanaians can be, it was the bold ones who dared to purchase and then taste whatever was on offer. Any fear which was harboured was quickly dispelled thanks to the tasty and meaty pie ingested and having dominated the Kumasi market for 3 years or so, Barimah Osei Mensah…

Evolving from its mento, ska, rock-steady days to reggae, this uniquely Jamaican creation has become a genre partaken off by millions all over the world and thanks to its continuous adaptation, the next 50 years will surely have reggae representation.

Desirous to have something Jamaican to call their own at independence in 1962 from Britain, the little islanders shifted from the fast and intense ska in the 60’s to the calm rock-steady which eventually grew into reggae.

In reggae is found funk, RnB, soul and when ready for consumption comes with a jazzy feel. Reggae’s foremost flag bearers were the ‘Wailing Wailers’ comprising Bob Nesta Marley, Peter Tosh and Bunny Wailer. The group would stake a claim in the tough world of music and the hard to please Jamaican audience with their first hit ‘Simmer Down’ in 1964 and would go on to tour the globe and become a household…