SALUTE!!!!! AYITI!!!
Birthed by Mama AFRIKA
…Pearl Of The Antilles… 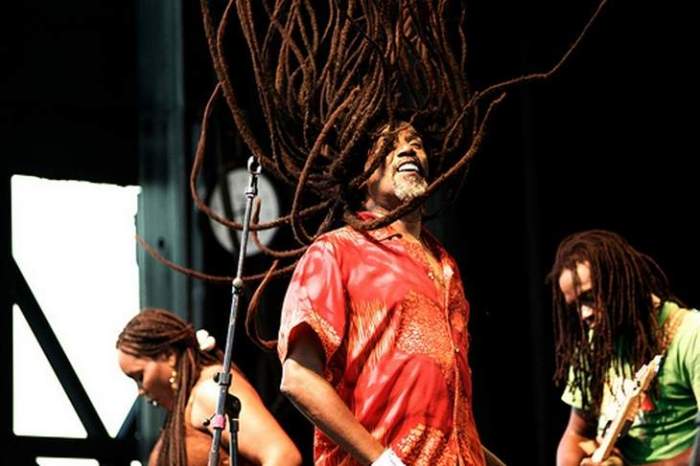 Boukman Eksperyans, one of Haiti’s best known music bands, had guests on their feet as Carifesta XII was launched in the Haitian capital of Port-au-Prince last Tuesday.

The band’s rousing performance capped a week of location tours and planning meetings by culture officials and artistic directors from across the Caribbean. It was the final regional-level meeting before the opening of the Caribbean’s largest art and performance festival in just over a month’s time. Senior Haitian officials at the final night’s gala dinner and performance included the Minister of Culture, Joan Dithny Raton; ambassador to Caricom, Peterson Noel and Elsa Baussan Noel, chairperson of Carifesta XII.

Carifesta XII will run for ten days, from August 21 to 30. The Festival will be decentralised over four cities, Port-au-Prince, Jacmel, Gonaives and Cap Haitien. As the central location, Port-au-Prince will carry a full schedule…

One thought on “Carifesta XII ready and waiting”