After a successful premiere at Sundance Film Festival and making history as the most expensive film purchased by a movie house (Fox Searchlight), The Birth of A Nation has finally received a release date. According to The Hollywood Reporter, the film will debut in theaters across the nation on Oct. 7. Written and directed by the film’s lead star, Nate Parker, the film tells the story of black slave rebellion leader Nat Turner and how he took charge of the Virginia slave rebellion in 1831. The film also stars Gabrielle Union, Jackie Earle Haley, Aja Naomi King, Penelope Ann Miller and Armie Hammer. Deadline also reports that the October 2017 date sets the film up perfectly for the 2016-2017 movie awards season: the Golden Globes, the Screen Actors Guild Awards and the Academy Awards…
[MadameNoire] 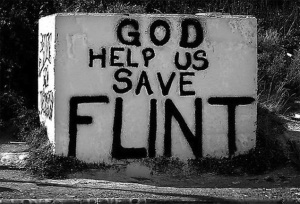 Shortly before dawn on the 17th of January 1961, Patrice Lumumba the Prime Minister of the Congo was removed from his cell by Victor Nendaka. He was Lumumba’s former comrade. But now he was Larry Devlin’s puppet serving as Head of the Security Service. Devlin was a CIA field officer.

Lumumba was forced onto a plane. Onboard, his goattee beard was ripped off and he was forced to eat it. His ordeal was not over yet. Lumumba was flown over to Elisabethville, the Katangan capital under one of the most detested traitors in African history – Moise Tshombe.

His surname, Tshombe, became and still is synonmous with sellouts and traitors decades after the Lumumba tragedy.

In Elizabethville, Lumumba was shoved out of the plane and thrown into a waiting jeep under the watchful eyes of the Belgians. Swiss UN troops stationed at the airport witnessed him being driven away but did nothing…