Still Numb from the loss of Our Beloved…. Afeni Shakur

May she REST in AMANDLA!!!

Many of the young hip hop fans may only remember Afeni Shakur as the mother of the outspoken and iconic rap legend Tupac Shakur.

But Afeni Shakur was an outspoken and iconic figure in her own right. 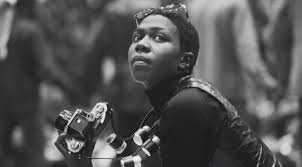 In 1964 Shakur world get involved in the black empowerment movement and joined the Black Panther Party. In 1969 Shakur in several of her fellow-panthers were arrested and charged with conspiracy to bomb several police stations.

In 1970 Shakur was given bail and was released from jail, during her time on bail, she would meet and get pregnant by a New Jersey truck driver named William Garland. Soon afterwards she would have her bail revoked and would be returned to jail to await her trial.