Wisconsin Bail Out the People Movement

Your support and the efforts of thousands of others over the last few days, months, and years have paid off in a BIG way! Earlier today, H.R. 5474, the Berta Cáceres Human Rights in Honduras Act, was introduced in the House of Representatives. The bill would “suspend United States security assistance with Honduras until such time as human rights violations by Honduran security forces cease and their perpetrators are brought to justice.”

We ask that you take 5 minutes today, the Global Day of Action for Justice for Berta, to email your members of Congress and ask them to co-sponsor H.R. 5474. After you have done so, you can also call your Representative to repeat the demand in real time. A short sample call script is below. If you are seeing this message after June 15, it’s OK! This is just the beginning of the campaign in…

SALUTE!! To ALL Engaged In This Struggle #Justice4Rasmea

Wisconsin Bail Out the People Movement

Over 100 people from all over the Midwest gathered in Detroit to support Rasmea Odeh as she, her attorneys, and the prosecution appeared before Judge Gershwin Drain for a status conference on Monday, June 13, 2016.

After the conference ended, Rasmea joined the waiting crowd chanting her name, and Michael Deutsch, her lead attorney, addressed the media, explaining that a tentative date for a new trial has been set for January 10, 2017!

This is what the Rasmea Defense Committee has been anticipating ever since the appellate court decision a few months ago. Rasmea was convicted of a politically-motivated immigration charge in 2014, and sentenced to 18 months in prison and deportation last year. In February 2016, the Sixth Circuit Court of Appeals sent the case back to Judge Drain, saying he had wrongfully barred the testimony of a torture expert that was critical to Rasmea’s defense. At… 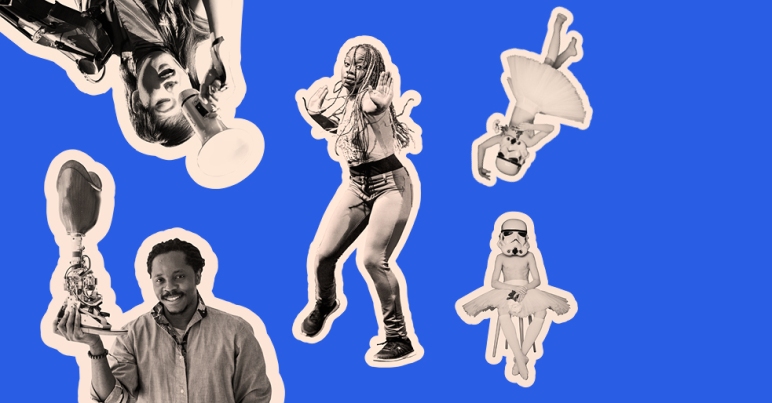 Calling ALL!!! Innovovators:Influencers:Creatives:Visionaries Check out the Links for TED2017 Fellows Application Submissions due by: JULY 30 2016

This beautiful mural, created by street artist Peap Tarr in Phnom Penh, looks on fire. It is one of dozens of works highlighted in the Google Cultural Institute. Watch Peap Tarr’s TEDx talk. Alexandre Farto spends his days creating towering works on the buildings of Lisbon and London — portraits of people that mirror urban decay, dissolving… … END_OF_DOCUMENT_TOKEN_TO_BE_REPLACED

Privileges of the Elite...

Applied KNOWLEDGE is POWER!! Our People must reject the false teachings... "Emancipate Yourself From Mental Slavery, None But Ourselves Can FREE Our Minds..."- Hon. Marcus Mosiah Garvey

SALUTE!!! We must internalize this TRUTH #AfrikanFACTS

#AfrikanWARRIOR #ALI74 ::: Precision of Wordz & Deedz AMANDLA!!! LIBERATION!!! Never Give Up The FIGHT!