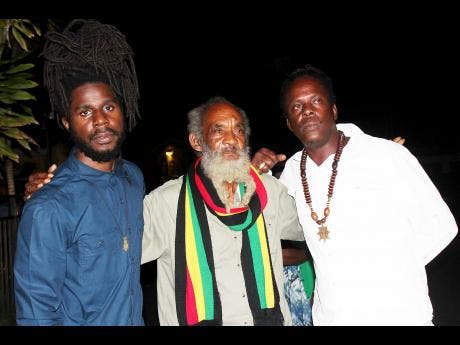 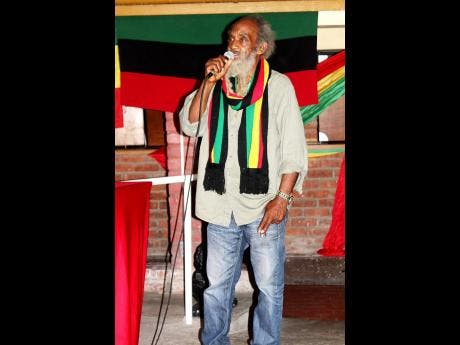 Stephanie Lyew
Ras Iyah V says we need to become more educated about marijuana at a global level, to protect our product.

The launch of Rastafari Rootzfest 2018, which took place at the Bob Marley Museum on Hope Road on Wednesday, was filled with informative and passionate speeches, as well as captivating performances by reggae singers Richie Spice and Lila Ike – two of the entertainers billed to perform at this year’s festival. The three-day festival, which speaks to the education on Rastafari ideology and culture, is in its fourth year.

Speaking at the event were the likes of Dr Jahlani Niaah of the Rastafari Studies Unit at UWI; Senator Mark Golding; Dr Ellen Grizzle of UTech’s College of Health Sciences and Barbara Blake-Hannah, the cultural liaison from the Ministry of Culture, Gender, Entertainment and Sports, representing Minister Olivia ‘Babsy’ Grange.

While most of the speakers focused on the legalisation, research and economic benefits of marijuana to Jamaica, Sister Mitzie, who is part of the organising team, addressed the topic of music advocacy. “Artistes need to take an example from past entertainers like Bob Marley and Peter Tosh by not only producing music to increase their earnings to buy a house and car. Music is important, and the role it plays in the advocacy for the legalisation of marijuana, in addition to educating the public, is larger than many may think, but artistes are focused on other things.”